Headmaster's Blog: Life is not about how high you fly, but about how well you bounce 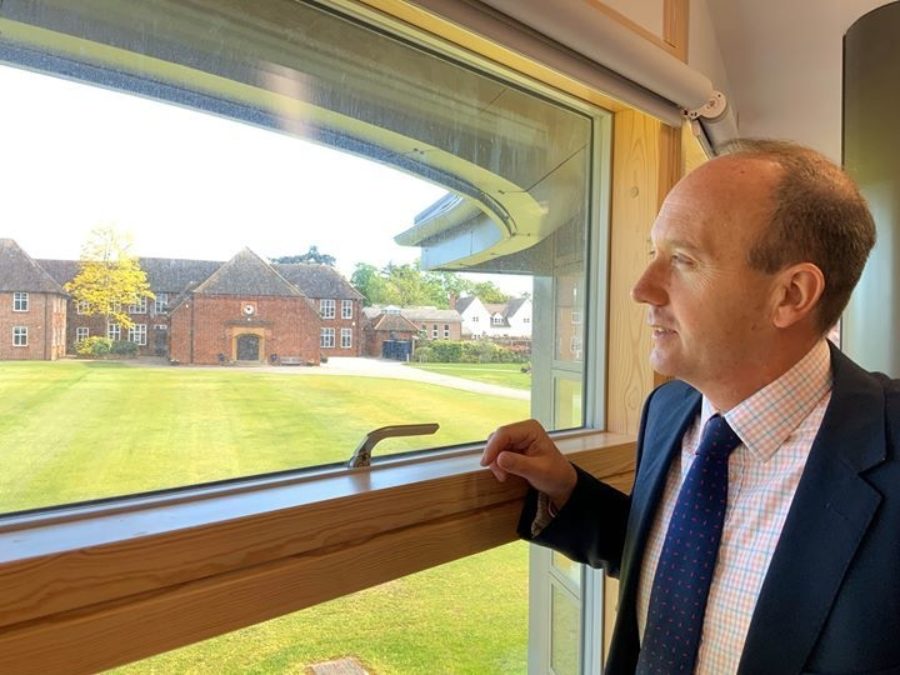 A mature oak tree has some two hundred thousand leaves and together they release sufficient oxygen into the atmosphere to meet the needs of half a dozen people. Meanwhile, those same leaves take carbon dioxide from the air, combine it with hydrogen to form the carbohydrates that will become new woody growth in the tree. That part of the process takes carbon dioxide out of the atmosphere and, typically, each tree takes absorbs a tonne of carbon dioxide in its lifetime.

One of the many attractive features of Chigwell is the environment, one hundred acres of beautiful green space so close to London and I am particularly lucky to have an office that overlooks Top Field. Apart from being able to see what is going on at this end of the School, I also get to see the changing colours of the seasons and over the next few weeks the bright green leaves on the trees will start to change as summer turns to autumn. We are very fortunate to have so many grand old trees across the site, which have been established over so many years. Many were here long before us, and will remain long after we’ve gone.

As I have said, trees are vital to our existence. Their photosynthesis compliments our respiration, helping to provide us with the oxygen we need to live, but additionally, trees can offset global warming. It has been suggested that increasing the World’s forest cover by a third would offset the warming effects of a century’s worth of carbon emissions; so at a time when we should be worrying about the impact of human activity on the planet, planting more trees may be a big part of the solution.

The Prince of Wales was once mocked for saying that he talked to his plants and trees. I must admit that I haven’t started to do the same yet, although I have wondered what some of the oldest oak trees around the site might say if they could speak to us. After all, as they stand around the edges of our playing fields, so much has gone on around them for so long, surely they would have some wisdom to impart?

• Pupils who will have nervously begun life here…passed all the way through the school and then, years later, left to go to university

• And they could have watched those who have seemingly flown through life at school, whilst others have, from time to time, found it all a little more of a struggle but, with help, have come to flourish.

All of this and more will have taken place with those grand old oak trees, the horse chestnuts and the cedars and so many more here long before and long after us; the stories they could tell if only they could speak…but they can’t…or at least I don’t think they can…

But if they could, if they could impart some wisdom to us mere humans who are likely to be around for significantly less time than them, what might they say?

It might be something along the lines of this which I read recently:

So what do I mean by that?

You get the idea.

In sunny September, when coursework deadlines are a little way off and we haven’t had common assessments yet and we’re all feeling just a little more relaxed, it’s worth remembering that we will find things hard on occasion – and that’s good. We will be disappointed from time to time, but with the right approach, we can get through that – because this is how we learn and how we develop as people.

As you might have guessed, I read an article about the importance of trees over the summer – their importance to our very existence on an environmental level but it also struck me what a remarkable living thing each tree is, living as many do for decades or even centuries and, as I have said, we have plenty of examples of those here. In that article there was a comment from someone called Benjamin Swett, who has written a book New York City of Trees. In it he described how it is possible to get all sorts of information about what has been going on around the tree by studying the rings through a cross section: was it a dry summer, or warm and wet? What pollution was in the air – because all of this will have had an impact on how the tree grew.

Like us, reacting to comments, to feedback, to disappointment in the right way…we develop. He said, “Trees are nature’s memory stick, even at the molecular level. Each growth layer that they put on every year contains a bit of the air from that year, transformed into carbon, and so the tree physically holds the years and years of the life of the city.”

Over the next year, we need to try react to those things that we find disappointing in the right way, to find it in us, if we possibly can, to bounce back.

I hope you have a great year!