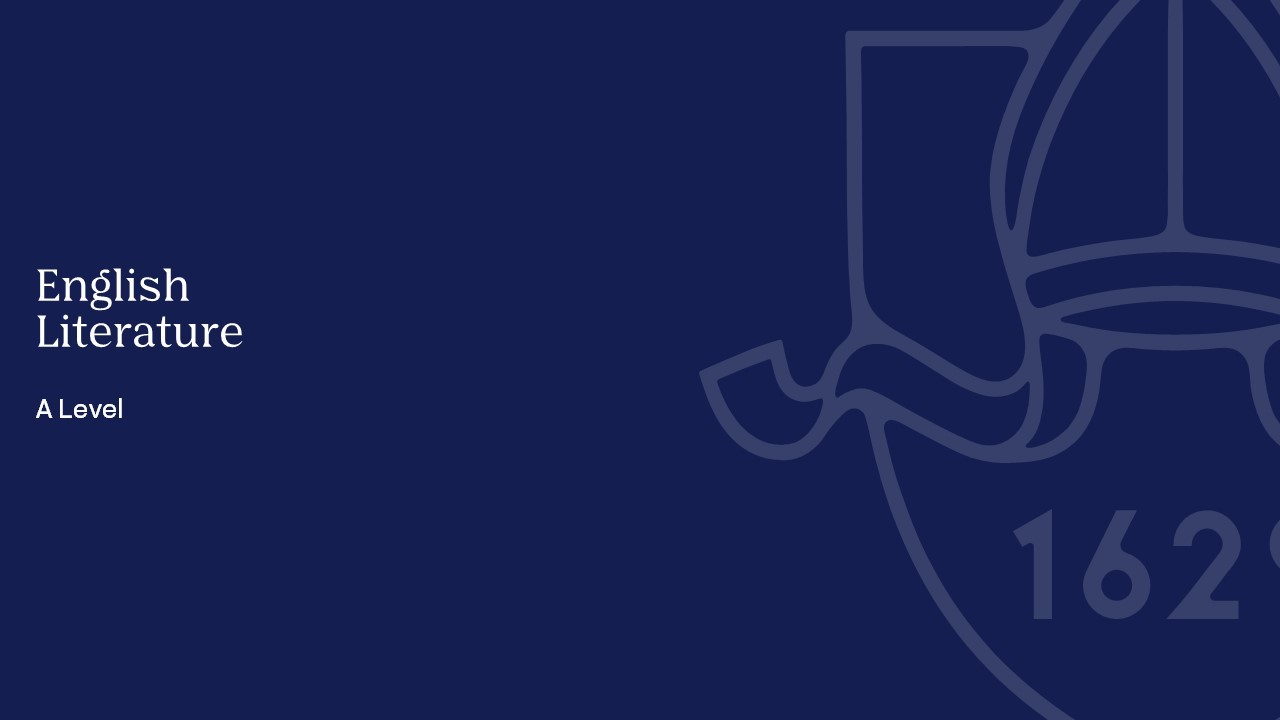 Why should I study English Literature?

In a world where the speed and efficiency of communication is of increasing importance it is ever more important to be able to understand, interpret and articulate thoughts and ideas with sensitivity. The study of literature enables students to explore how texts shape, represent and reflect different cultures, people and places throughout history in addition to being able to speak and write about such ideas with clarity and intelligence. Unlike many subjects, English Literature requires a developed personal engagement where a sensitive and creative approach stands shoulder to shoulder with a thorough knowledge of ‘content’ and what other people think.

The study of Literature promotes personal development and the skill of communication through the free exchange of ideas, lively academic debate and clearly expressed written argument. The careful deconstruction of language, form and structure in addition to the ability to evaluate the significance of the cultural contexts in which a text is produced and received are a major focus of the course.

You will learn how to evaluate the strengths and weaknesses of different interpretations along the way to shaping a clear and engaged independent argument. Studying English at A level therefore prepares you for a degree in the subject but it also prepares you well for any pursuit in which reading, analysing, synthesising, arguing and summarising play a major role.

A level is comprised of three components. The first is a closed book examination that has as its focus pre 1900 literature in which students write an essay in response to a play written by Shakespeare (for example, Measure for Measure or Hamlet) and a comparative essay in response to the work of a pre-1900 poet and playwright (for example, Chaucer’s The Merchant’s Tale and Prologue and Webster’s The Duchess of Malfi). The second component has as its focus reading in a given genre (for example The Gothic, American Literature, Literature of Dystopia or the Immigrant Experience) and, again, is a closed book examination in which students are required to respond to an unseen extract in the given genre and then to write a comparative essay in response to a minimum of two novels that they have read within the genre. Component three is an internally assessed coursework portfolio and is comprised of two pieces of writing, one which is a close reading of an extract of a text and the other which is a comparative essay based on two texts of the candidates’ choice. The freedom to pursue areas of personal interest requires an independence of thought and academic self-discipline which makes A level literature students hugely desirable to universities and employers.

We require at least a grade 8 in both English Language and English Literature at GCSE. A commitment to the department’s extra-curricular activities (creative writing seminars, visiting speakers, theatre trips, wider reading clubs, the English play to name a few) is expected.