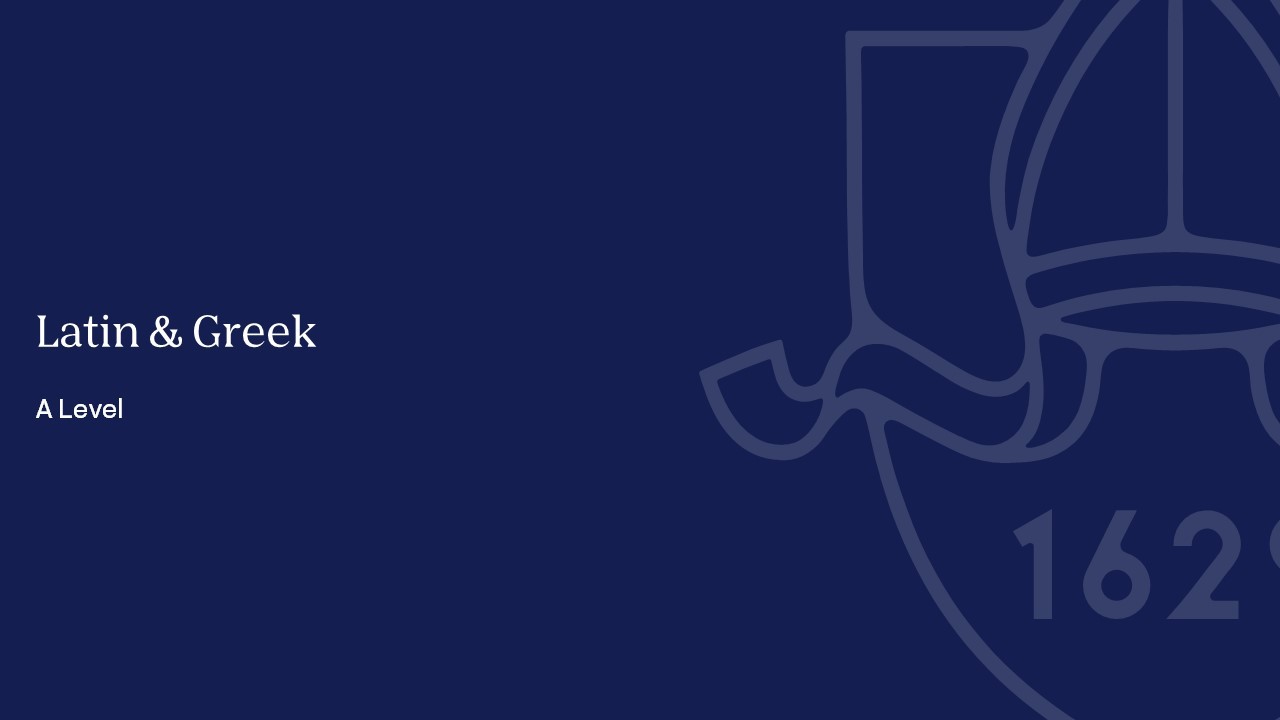 Why should I study Greek?

"Greek as a Treat” (Winston Churchill): As you will know if you have studied Greek to GCSE, Greek as a language has quite a different feel from Latin. It’s more flexible and supple, and it’s exciting to be able to read it at the greater fluency you achieve in the Sixth Form. In addition, the Greek world is very different from the Roman one, more varied, older, and more, dare I say, multicultural.

Philosophically the Greeks have much more to offer than the Romans, and the social history you will encounter in reading, the set texts, is fascinatingly both similar and contrasting to both the Romans’ and our own. Also, if you are thinking of studying anything classical at university, Greek A level makes a big difference to the strength of your application. We are an active department, with talks and trips throughout the year, strong use of ICT, with a good library.

A high percentage of our Classical Sixth-formers go on to study the ancient world at university, including at Oxford and Cambridge.

Studying Greek, as Latin, combines the elements of Maths, MFL and English: close logical analysis, the development of linguistic knowledge and skills, and the study of some amazing literature. In addition to this you will also learn the origins of much medical and philosophical vocabulary.

You will learn a lot more about the Greek language: all the grammar and vocabulary needed to read texts for yourself. You will also get a lot more skilful at writing fluent and accurate translations, both out of and into Greek (though for the exam writing into Greek is optional). Original Greek literature is studied in prose and verse. For prose, the class will be able to choose from the political historian Thucydides, Plato’s Symposium (also studied in Classical Civilisation) and the soldier Xenophon, and, for verse, elements from the start of Homer’s Odyssey, Sophocles’ tragic play Ajax (set at Troy), and Aristophanes’ Clouds, a mockery of Socrates and of philosophy in general. There are four papers: two on language and two on literature, each of these components being worth 50% of the A level. As you can see, it’s half Language – working out what a piece of Greek means, and then writing good English to convey that meaning, trying as you go to capture the spirit and nuance of the original. And half Literature – reading and studying Greek literature and answering questions on it.