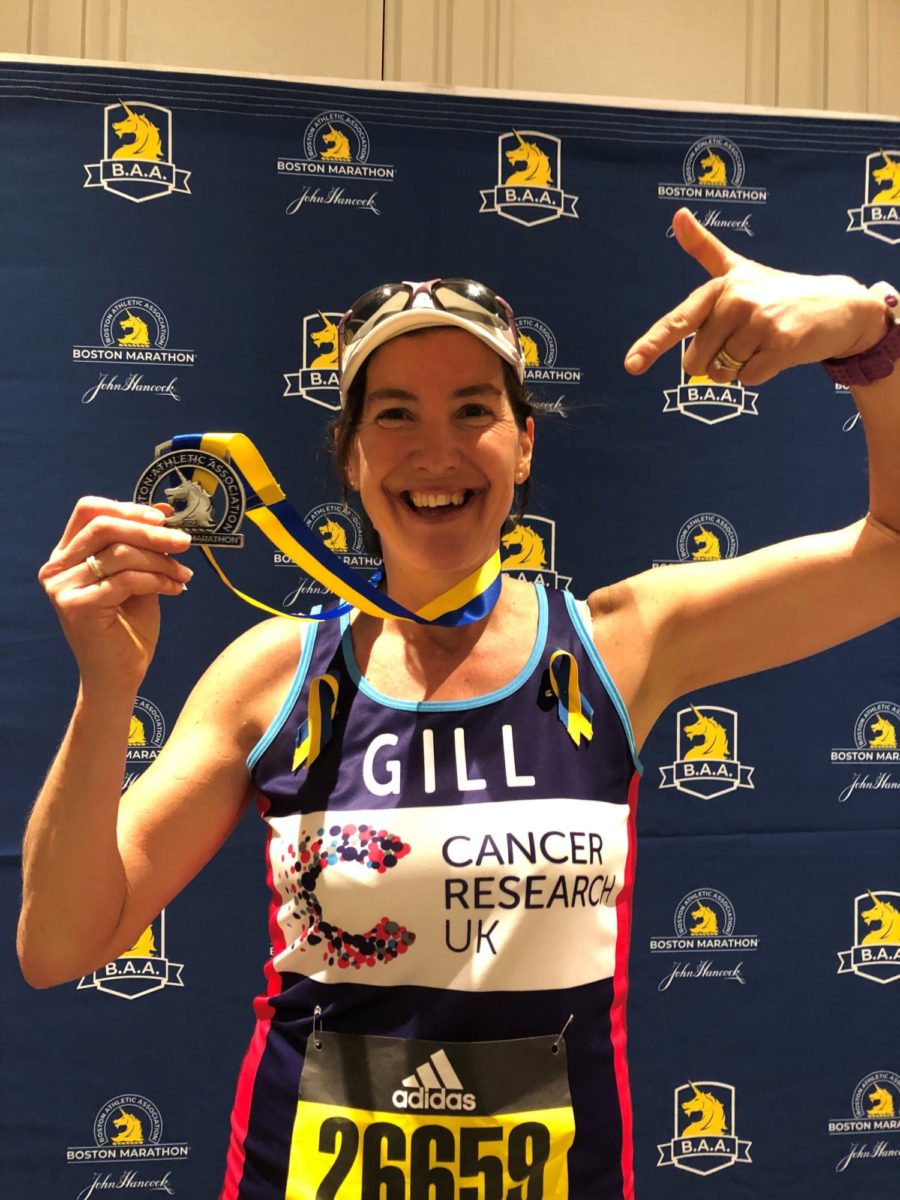 Mrs Gill Punt completed the Boston Marathon on Easter Monday and in the process broke through her £1 million total for CRUK.

It has taken her 23 years to reach this astonishing amount. Her fundraising began when she lost her father to cancer of the bile duct back in 1999. Her charitable endeavours have seen her gain a Guinness World Record at the 2016 London Marathon (fastest marathon in a full-bodied costume) and in 2019 she was honoured by the Queen with the British Empire Medal for services to charitable fundraising.

She commented that this marathon was hot, very hilly and very VERY hard – but she was smiling all the way round as it was a privilege to run Boston and hit this monumental total. The Boston Marathon is the world's oldest and most prestigious major marathon and it was back on its traditional Patriots' Day date for the first time in three years. In addition, over the course of the weekend, she undertook various press engagements and was given the accolade of running the Lap of Honour at Fenway Park, ahead of the Boston Red Sox v Minnesota Twins game. Gill said that she felt humbled by this amazing opportunity, but was terrified that she might trip up in front of 37,000 people.

Gill wished to thank all those in the Chigwell community that have supported her efforts for CRUK in recent years and she looks forward to raising the next million! 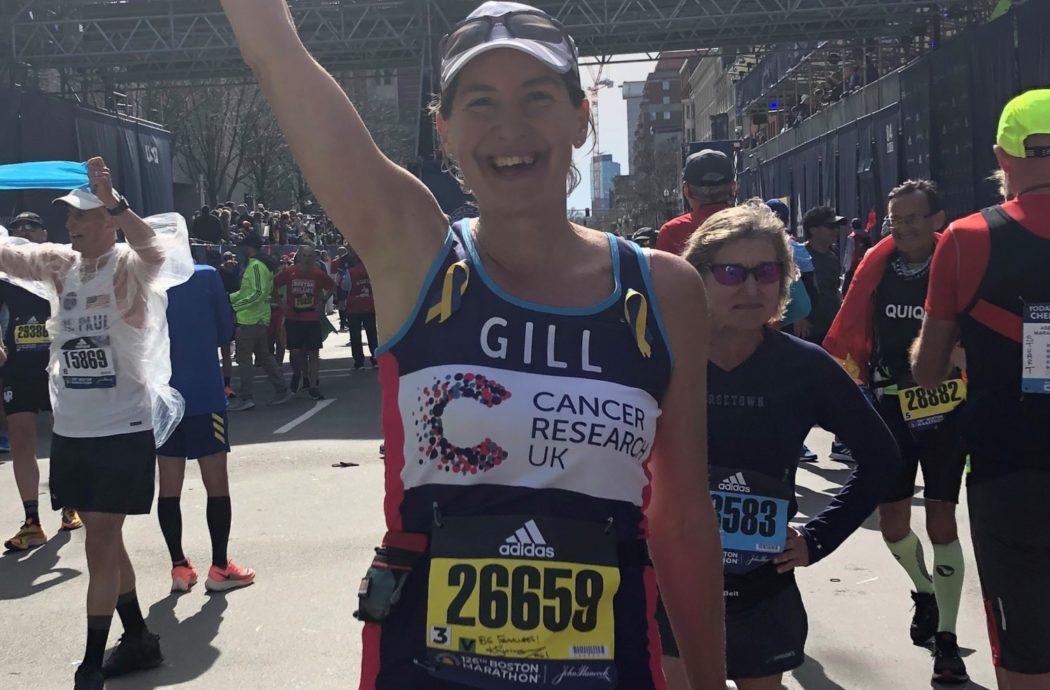 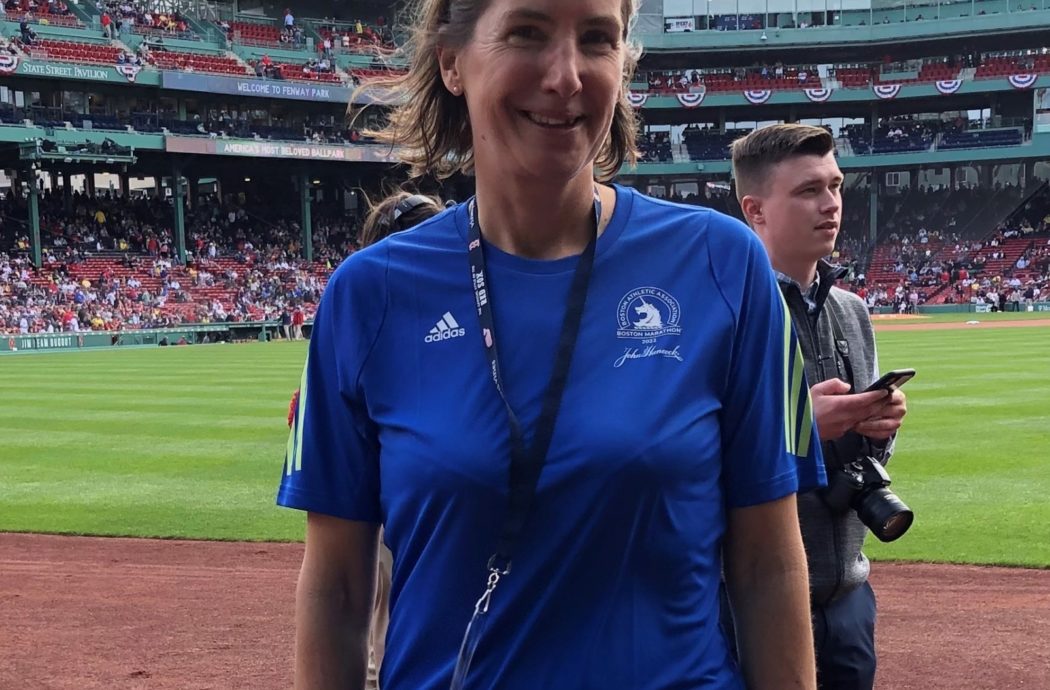 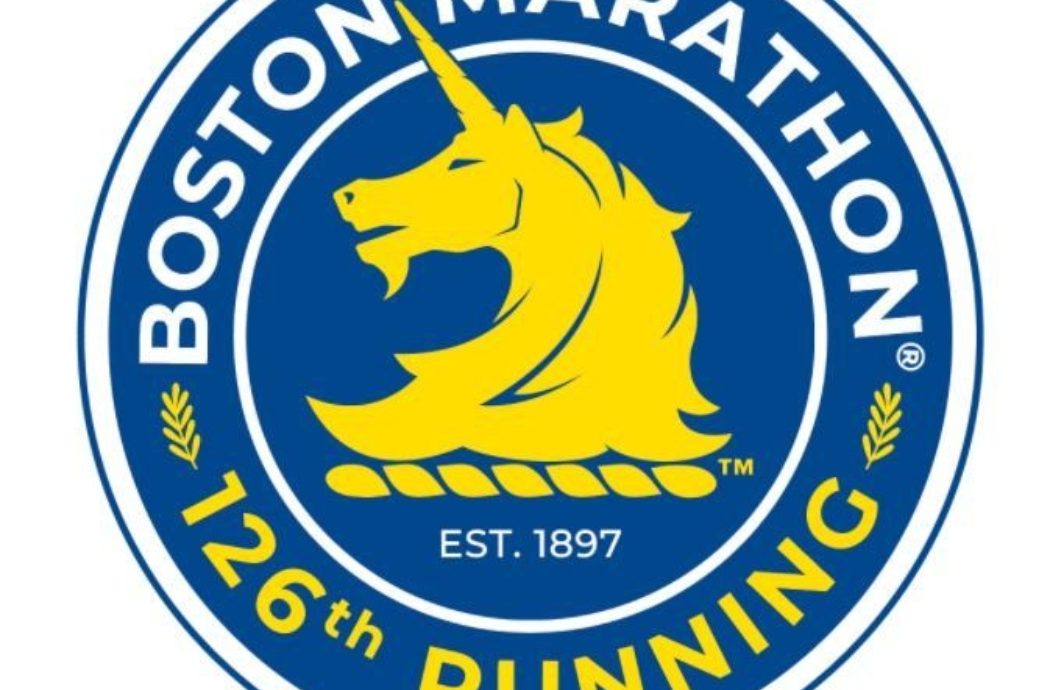