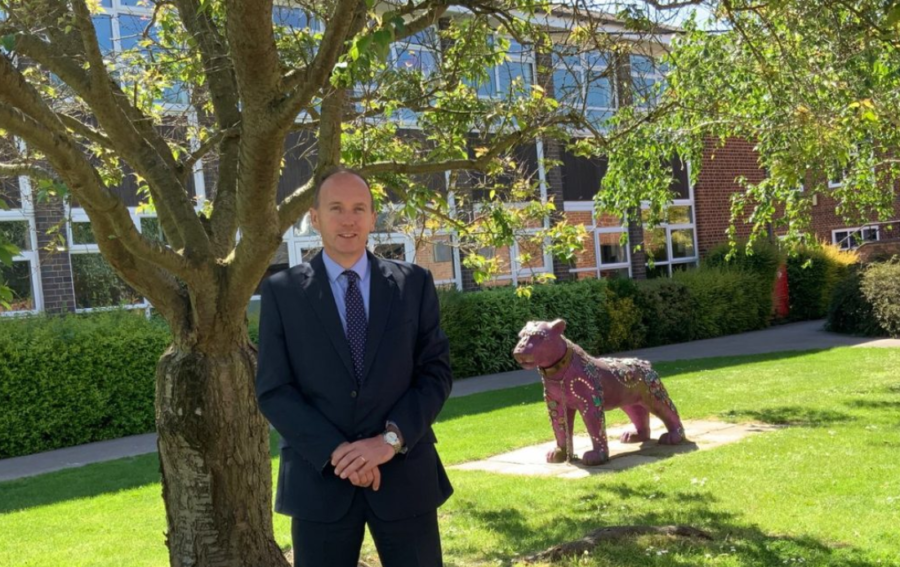 I wonder how many of you saw the interview with Luke Chadwick yesterday on BBC 1 and were shocked by what you heard.

In case you didn’t, Luke was a relatively shy teenager who left home at 16 to join Manchester United. He was a midfielder and played for the Club for 5 years with 39 appearances, before moving on to West Ham and a variety of other teams. Those five years corresponded to his late teens and early twenties when, like many young adults, he was lacking in self-confidence – even though he was playing for one of the most famous clubs in the world.

However, in the interview yesterday, what he spoke about was not his impressive footballing career, but how he was teased relentlessly about his appearance by fans and the media. Like many teenagers, his complexion wasn’t perfect and he had uneven teeth. Like many of us, he just didn’t have perfect looks. And although many might have thought that Luke Chadwick as a young man had it all and was living the dream, he was unhappy and unsure of himself because of the taunting and the cheap jokes at his expense. His message in yesterday’s interview (available on BBC Sport)– which was covered in the papers and you can watch on iplayer – was:

“As a young footballer, the abuse I received about my appearance affected my mental health a lot. I wouldn’t want to go out. I was always looking at people. People knew who I was because I played for Manchester United and I always assumed they’d be saying horrible things. Being a quiet, nervous boy anyway, it sort of intensified that and maybe stunted my growth as a person. The feeling of embarrassment stopped me talking about how I felt. Although uncomfortable at times, it’s so important we talk about our feelings to get through the tough times!”. Luke Chadwick

Some time ago, you or your parents made the decision that you should come to Chigwell. Almost certainly that decision won’t have been made lightly and there will have been all sorts of reasons why you and your family thought that this would be the best place for you to spend these important years at school. You will have weighed up where you will have had the most opportunity, where there would be the right intellectual challenge to enable you to fulfil your academic potential; where you would make friends; where you will be supported and where you will be happiest. All of these reasons – and others – are important and I hope you feel you that did indeed end up at the right school for you.

For most people, there are times at school, university and indeed life where things go well and other times when it’s all a bit of a struggle. We know, I hope, that its important to treat others well, to bring the best out of them simply because that it is the kind and right thing to do. If we are struggling, as Luke Chadwick said, then we should speak up and say so and if we are surrounded by the right people, they will support us – and sometimes just explaining our worries to others does indeed help us to feel better. Schools ought to be just the places where we feel able to do that safely.

However, I also hope schools enable pupils to go on to lead highly successful lives. What is a successful life? Well hopefully it is a happy one, in which a person really does grow and flourish, where they feel successful in whatever they do and they know who they are as a person.

So that sounds good…but how do we achieve it? Well schools hopefully help pupils to work hard in the right way to gain the best qualifications they possibly can…but also to develop as people through a multitude of other activities and opportunities so that we learn to work with others, face new situations, be creative, organised, lead others and so on…all of these other attributes form part of our emotional intelligence and many argue that those who flourish– at work and in all other aspects of life – have a high level of emotional intelligence.
Emotionally intelligent people have control of their own behaviour and understand their own emotion; they know what to do when they are outside what is familiar and comfortable, are able to keep going to get things done and are aware of the needs and feelings of others. You could say that they understand how to bring the best out of themselves, others and situations – and that’s good for everyone.

Looking from the outside, Luke Chadwick was and is highly successful. At the end of a playing career which would be the envy of many, he is now coaching at Cambridge United which has a number of high-profile supporters, not least Mr Gower. Listening to him speak yesterday he came across as happy with his life and able to reflect honestly on what had gone well and what had been more of a challenge. However, I wonder what more he might have achieved if the individuals making those derogatory comments which hurt him so much had thought about the impact of their actions and decided that what they were doing was wrong and unkind. I wonder what might have happened if Luke Chadwick had himself felt able to speak up sooner.

Hopefully the current pandemic has taught us the importance of having people in our lives and of looking after them well and treating them kindly. And we need to look after ourselves well too – that way, we get through the tough times and we do so together. Never be afraid about speaking up if you are finding if you are unhappy.