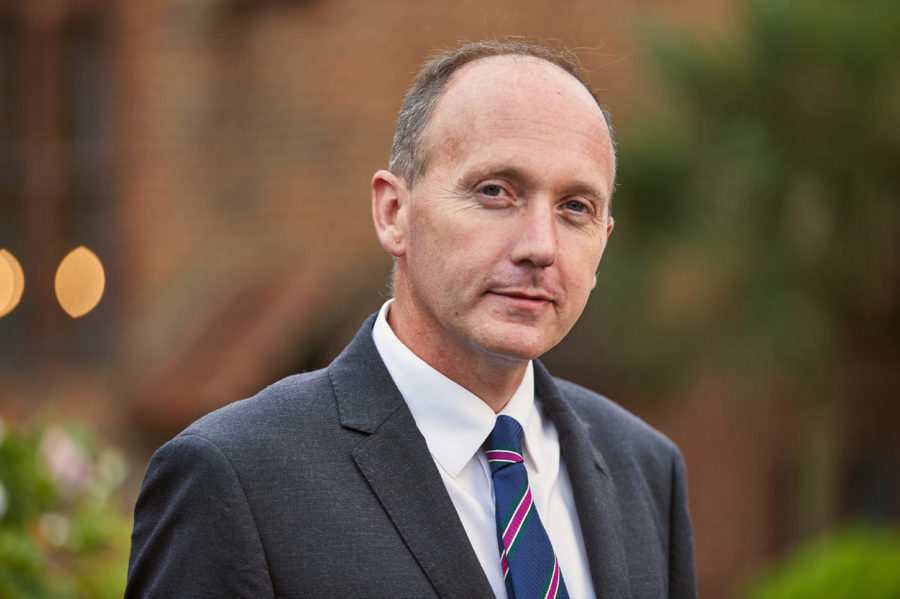 Before we moved to Chigwell in 2007, we lived, for six years, in Newmarket next door to an undertakers. There was a tall hedge between our garden and their business and fairly regularly I would take a ladder and hedge trimmer round over to their side to cut the hedge back. Sometimes one of the undertakers would offer me a cup of coffee and we sit and drink it together, and each time he would make the same comment – don’t worry Michael, I have a separate fridge where I keep the milk. I knew of course that he had other fridges for other purposes… for keeping other items in his care cold… but although we had regularly seen grieving families going to deal with all the issues that we have to deal with when someone dies, we never talked about the detail of what undertakers do - even though, at the time, this family had a reputation for being really good undertakers and looking after families at times when they really did need sensitive help and support.

Why am I mentioning this rather gloomy morbid subject now? Partly to follow on from our act of remembrance this week, when we remembered those who gave their lives out of service, even though we didn’t know them personally, and partly because I am conscious that over the last couple of weeks, several members of the school community have lost close family members: parents, grandparents, uncles and so on. The sad reality is that in a community of some 1,200 pupils and staff it is going to happen, possibly more so at this time of year. Unfortunately, all of us will have relatives who will grow old or ill and who will pass away as a result.

Sometimes, tragically, we find ourselves mourning someone who passes away suddenly, sometimes far too young but sadly death is a fact of life, and last year pre COVID some 1,600 people died each and every day in the UK.

However, despite that average figure, the day that we learn that someone close to us has passed away, is far from average. Whether the loss is expected or not, the pain we feel is very real, and hard and lasting – certainly not about data or statistics or slopes of lines on a graph… and yet we are often very bad at preparing for grief, at talking about it and asking for support - even though it is something that we will all face one day, assuming we haven’t done so already.

If you watched the BBC news yesterday morning, you may have seen an item about an exhibition put together by the well-known photographer John Rankin- often known just as Rankin, and his exhibition called Lost for Words is inspired by loss of his parents 15 years ago. It is an online exhibition launched at 12:00 last night, and the aim of it is to prompt people to talk about grief… how it is an entirely natural thing that we all do in different ways, and yet it is something, like various other topics, that we often don’t talk about enough. The exhibition has photographs of the person grieving superimpose on an image they are grieving for and behind the images are video interviews - although you have to give your details to watch those. There are also a couple of quotes from the some of the grievers, such as TV presenter Konnie Huq, who suggest that the there’s no better time to have a laugh than when you’re grieving.

Every weekend, I find myself cleaning eight shoes belonging to me and three other members of the family… and one of the brushes I use belonged to my father - who kept it in the bottom shelf of the kitchen cupboard and, because he set higher standards than me, he brushed his shoes every evening so that he knew they were ready for the next day. I once asked him why he cleaned them so regularly regardless of weather and regardless of how much they had been worn that day and he told me that it was a habit he formed when he did National Service. Anyway, it is a good brush and the wooden handle is worn smooth by the hands that have used it over the decades and, in funny sort of way, I like the connection it gives me to him. Daft, I know, a shoe brush and a grown man connecting with his elderly father who died a little while ago but that’s just how it is. Sometimes after someone has died little things prompt memories and that can be reassuring and in a similar way, I suspect that there will be some of you who have lost those who are close to you and little triggers will bring back happy memories or funny stories relating to them… and that’s how it will always be and there will be people reading this who will feel the same. Like elephants returning to the bones of their deceased, regardless of what we believe about what happens after death, it takes us time – sometimes a lifetime – to gradually come to terms with losing someone and we need to be aware of that for us and be aware of that for others.

So, to finish, I am going to set you three tasks:

You may have read the following by the author Maya Angelou.

'When I think of death, and of late the idea has come with alarming frequency, I seem at peace with the idea that a day will dawn when I will no longer be among those living in this valley of strange humors.

I can accept the idea of my own demise, but I am unable to accept the death of anyone else.

I find it impossible to let a friend or relative go into that country of no return.

Disbelief becomes my close companion, and anger follows in its wake.

I answer the heroic question 'Death, where is thy sting? ' with ' it is here in my heart and mind and memories.'