Headmaster's Blog: A New US President 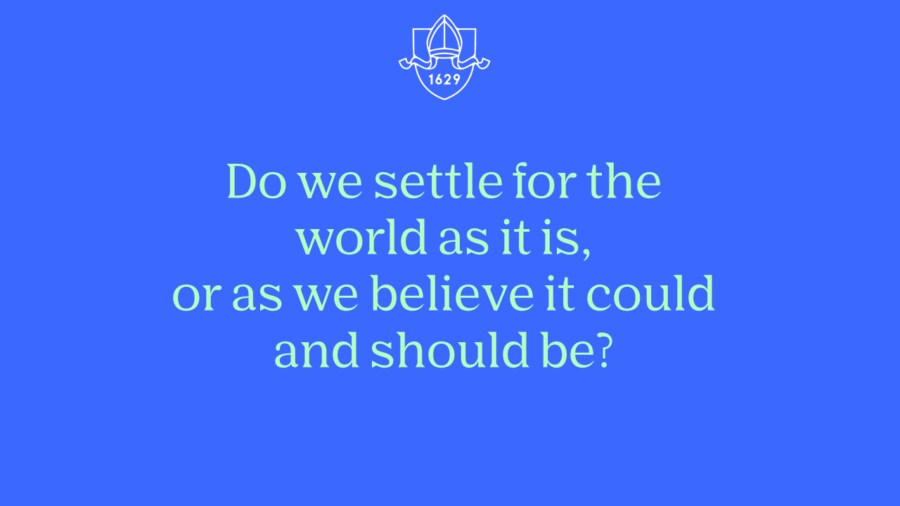 Nearly a week ago, Joseph Robinette Biden Jr was inaugurated as the 46th President of the United States of America. At just over 78, he is the oldest American to be elected to that role and at a time when there is so much to do, to tackle Covid, to re-energize the economy, to unite the nation, you may also have wondered, why does Joe Biden want that job.

Biden has spent much of his life in the world of politics. As long ago as 1972, he was first elected as senator and went on to serve six terms. At the time, he was the youngest senator and he went on to put himself forward twice to be President, in 1988 and 2008. So, 2020 was third time lucky, although in 1988 he himself withdrew after he admitted to plagiarising a speech by the then leader of the British Labour Party, Neil Kinnock.

So, through that long career, Joe Biden showed persistence but he also demonstrated resilience. In 1972, shortly after he won his first Senate race, he lost his first wife, Neilia, and baby daughter, Naomi, in a car accident. He famously took the oath of office for his first Senate term from the hospital room of his toddler sons Beau and Hunter, who had both survived the crash although in 2015, Beau himself died of brain cancer at the age of just 46. Again, given that he had been through all that, one might ask, at the age of 78 should Biden not be enjoying a comfortable retirement with his remaining family, rather than taking on what is likely to be the biggest political challenge of his life.

Biden was described as the best vice-president America has ever had, by Barack Obama who he served for 8 years after Obama became President in 2008…and some of you may have read the latest book by the last US President but one. In A Promised Land, Barack Obama writes: if I remain hopeful about the future, it’s in large part because I’ve learned to place my faith in my fellow citizens, especially those of the next generation, whose conviction in the equal worth of all people seems to come as second nature, and who insist on making real those principles that their parents and teachers told them were true but that they perhaps never fully believed themselves. More than anyone else, my book is for those young people—an invitation to once again remake the world, and to bring about, through hard work, determination, and a big dose of imagination, an America that finally aligns with all that is best in us.

Do we settle for the world as it is, or as we believe it could and should be?

We have yet to see how effective Joe Biden will be as US President – what he achieves and how he achieves it, but I wonder whether he feels that optimism – that the world can and should be better, and that through hard work, determination and imagination he, with others, can make it so…and perhaps that’s why he wants the top job, the challenge, the gruelling hard work, the criticism at the grand old age of 78 – because he has faith in those around him to help him make a better world.

So how does any of this have an impact on us, on this side of the pond, as they say? Well there is the fact that traditionally, the UK and US have tended to have a close relationship, to trade and to employ each other’s citizens. More than 1.2 million Americans work for UK companies in the United States, and over 1.5 million Britons are directly employed by US firms, and, like it or not, America has a major influence on the world.

But perhaps we also look to the US President as a major world leader and see what sort of tone they set, why they do what they do, and how they do it… and the road they have taken to that high office. Like Biden, there are Chigwell families today, coping with loss and sadness – one in particular this week, and we think about the huge pain that they are facing now, as Biden did once. However tragic it seems at the moment, things will get a little better, you will come out of this stronger, and I was delighted to hear how well some senior school pupils were supporting the family I’m thinking of recently – that’s exactly how it should be.

There will be Chigwell students too who have had disappointments, with grades or university offers – good students who deserve success in the long term but who haven’t had the outcome they wanted – just yet. Keep going, keep trying and remember that sometimes we have to play the long game. If you do, who knows what you can still achieve.

Perhaps the start of a new presidency reminds us all to be ambitious, to be the best we can – using all our talents and opportunities to the full and not letting any of our characteristics be a reason for settling for second best. It was Michelle Obama who, talking about opportunities for all, regardless of background, said you can’t be what you can’t see – it’s important for us to have role models and it’s important for us to be role models – in terms of what we strive to achieve for ourselves and what we show others like us is possible. We can and should be leaders, even now.

And finally, in a presidential context, it seems appropriate to end with a tweet – this one from Barack Obama who said that being president doesn't change who you are – it reveals who you are. We know a little about where Joe Biden has come from and what he has achieved so far; the next four years and what he does will indeed show us who he really is, why he wanted that role and whether he can indeed make the world better.